Starting the day with a light and easy workout was a great way to end the week. We worked on partner/ team drills and some more strength training elements. Most of what we did, however, was cardio based such as: high knees on a bench, stair steppers, push ups on a bench, sprint sets with resistance bands, etc. 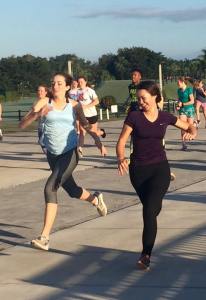 Today during the warmup with Michael he pulled me over and told me how happy he was that I listened to everything he had told me the day before and was starting to incorporate it already into my warmup and my ride. We immediately jumped into work. Starting with the canter today Michael wanted to see Woo’s pirouette canter first and we asked him to sit in and hold himself up today which he did much better at from the get go. Next he asked to see some of my changes and had me doing a 5 loop serpentine with changes over the centerline. The focus of this was to keep that collected canter and to set the horse up from one inside leg to the other with a straight change in the middle. It was also a challenge of straightness and being able to change on a straight line and then turn. After this was the lines of tempi changes which we did once or twice since Woo was really straight and took the lines easily on the first go. He asked me to count my strides and to make an even line of changes. This meant that I did my 4s four strides after my knee left the letter and I did my 3s six strides after my knee left the letter. This completely amazed me that Michael was able to see the line after doing it once and give me what each of my lines were in strides. (So this is how a professional thinks! 🙂 )

After a small break, we did a little bit of trot work and worked on the same things as the

day before just to solidify the idea into my head. Once we went around a few times, Woo was down for the day. He was such a good horse the last day of the clinic and I know he was tired but that he still tried very hard. Lendon mentioned that this entirety of the two weeks had been and uphill climb for me, and I could not agree more. It has been the best two weeks I have ever had and now I have a lot to work on and with when I get back home!! 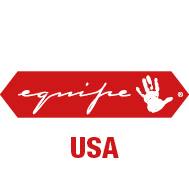